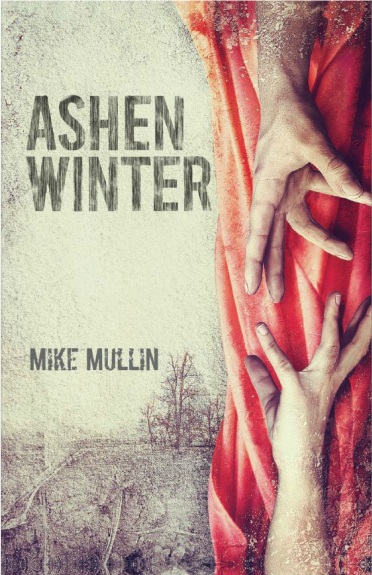 In this teen dystopian sequel to Ashfall, it’s been ten months since a supervolcano erupted near Yellowstone National Park. Most of the U.S. lies under a thick layer of ash and snow. People everywhere are resorting to unthinkable acts to find food and basic necessities in the midst of a perpetual winter.

Sixteen-year-old Alex Halprin spent the entire first book traveling from his home in Iowa to his uncle’s farm in Illinois on foot to find his parents, who had been visiting there without him. Alex met eighteen-year-old Darla on the way, lucky for him, because she saved his life more than once. Unfortunately, when they arrived at the farm in Illinois, Alex’s parents had already left in search for him, leaving only his little sister behind with his aunt, uncle and cousins.

Alex and the mechanically-inclined Darla have been a tremendous help on his uncle’s farm. They’ve successfully built a greenhouse to harvest kale, which they use as currency to trade in the nearest town. It’s like green gold in the post-volcanic world, since the high vitamin C content prevents scurvy.

All the while, they’ve hoped that Alex’s parents would return after realizing that he wasn’t back in Iowa. When bandits attack the farm, Alex and Darla defeat them, but discover that one of them has a rifle that belonged to Alex’s dad.

Alex is certain that something’s happened to his parents, and he’s determined to find them once and for all. He and Darla, now a full-fledged couple, head back toward Iowa, though the trail is lukewarm at best.

Needless to say, nothing goes smoothly on the journey. In fact, Ashen Winter follows in the same vein as its predecessor, harrowing from beginning to end. Without giving away too much, Darla and Alex become separated; so on top of all the physical conflict, Alex is torn—continue the search for his parents or rescue the girl he loves.

This tremendous internal conflict, to me, was the book’s greatest strength. In Ashfall,  Alex morphed from naïve kid to tough survivor, but he truly has to grow up and become a man in Ashen Winter. His choices are never easy. Mullin’s attention to detail plays a huge factor in this. The author holds nothing back in describing humanity at its potential worst. Threats abound in the form of bandits, cannibals, and human trafficking. There is no warm, safe place in this story. While reading it, I  was invaded with a gnawing fear, however unlikely, that a future like this could be possible.

While the details certainly brought the story to an all-too-real level, at times I skimmed over some scenes that seemed bogged down by technical jargon. I was impatient to get back to Alex and his search.

This brings me to my next concern, which is, “Where’s Darla?” She played such a pivotal role in the first book, that by the time I finished Ashen Winter, I felt a little jipped. I understood and appreciated the turn of events that led to her disappearance, but I wish the story hadn’t stretched so far before her return.

But, none of these minor issues bothered me as much as the continued theme of government = Legion of Doom. It was a little hard to stomach the military’s hired mercenaries (Blake Lake) in the  first book, and how shabbily they treated refugees like Alex and Darla in one of their “camps”. But, now, ten months later, Alex and company are still under threat from the mercenaries without a hint of actual military or government aid. Not even the Red Cross makes an appearance. In fact, Black Lake is portrayed as only a hair more ethical than the bands of cannibals eating their way through the Midwest.

I realize that their little corner of Iowa/Illinois probably wouldn’t be a top priority in terms of assistance, but after ten months, you’d think there would be some signs of help on the way. Perhaps it’s me, perhaps I’m too patriotic, but I have more faith in our country than that. Sure, it’s fiction, but when I see the government or military portrayed in such a negative light in either film or book, it feels more like I’m being force-fed a political statement than told a well-rounded story.

All these issues aside, I really did enjoy both Ashfall and Ashen Winter. Had I more neutral feelings toward it, I probably wouldn’t have spoken so passionately about both its pros and cons. I consider it a mark of a good book to play on an assortment of emotions in its reader, and Mike Mullin definitely succeeded in that. This saga is so vivid, I’m certain it will linger on in my mind for a long while to come. If you’re a dystopian fan, you will want to add this set to your reading list!