Edition 31: Article: Beyond the Apocalypse: A Reading List for the End of Days by Lee Murray 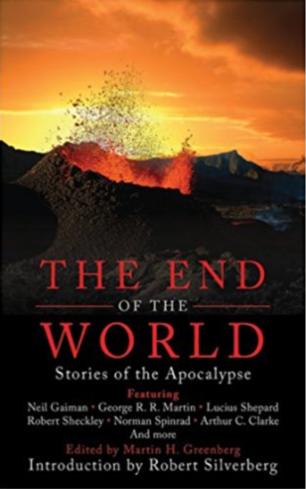 Stephen King is well-known for stating that “If you don’t have time to read, you don’t have the time (or the tools) to write.” And King isn’t alone in saying this: all the advice suggests that for writers to achieve success, they should read widely in their genre. The reasoning is sound. Quite apart from the enjoyment reading affords us, it’s useful for writers to examine examples of our chosen genre, analysing character traits, plot events, style, and recurring themes. The point is to challenge popular beliefs or tackle a weary trope from new or insightful perspective. To redefine the parameters of a genre, and in doing so offer original and meaningful narratives to our readership.

So, when the New Zealand Society of Authors assigned me to mentor a promising writer of post-apocalyptic fiction, I kicked off our partnership with a list of book recommendations from the genre. My mentee immediately came back to me with a reading list of his own, something no other mentee has ever done. He got no argument from me. Mentorship is a two-way street: I’ve never escaped one without learning something. Besides, if we were going to discuss his novel in the context of other post-apocalyptic narratives, then we needed to be on the same page. Or pages. He’d suggested six books; so I loaded up my iPad and started reading.

END_OF_DOCUMENT_TOKEN_TO_BE_REPLACED

SQ Mag is pleased to have sourced two prominent figures in the fields of speculative fiction in Australia, and asked them for their opinions. Their views are not necessarily SQ Mag’s, nor can the articles, by way of the size, be considered a complete survey. We encourage readers who are interested in Australian speculative fiction to search the Aurealis Awards, Ditmar Awards, and Australian Shadows Awards for references to many other quality publishers and authors.

In April 2014, a self-published novel won the Aurealis Award for Best Fantasy Novel for the first time in the 19-year history of the Awards. Also for the first time, the shortlist for that category did not contain a book published by the Harper Voyager line. A debut novelist won the Best Horror Novel and Best Young Adult Novel categories (for the same book), small press publishers dominated the Anthologies and Collections fields, and several works on the 12 shortlists were ebook-only releases. The publishing world is changing quickly, and Australian science fiction and fantasy is riding the wave.

Comparative to population, Australia has a relatively robust speculative publishing arena. HarperCollins, Hachette/Orbit, Allen & Unwin, Random House Australia/Penguin, Pan Macmillan, Walker Books and their subsidiaries and imprints each year produce good numbers of home grown books, along with the smaller figures of Fremantle Press, Ford Street, UQ Press and the like. International publishers such as Angry Robot, Solaris, Prime and Tartarus Press pick up Australian work, and small Australian publishing houses – including Twelfth Planet Press, Ticonderoga Publications, Satalyte Publishing, FableCroft Publishing and Clan Destine Press – rise and produce innovative and niche publications the larger publishers can’t. And of course, with technology providing more access to a broader market than ever before, self-published work is flooding the field. But what trends are we seeing, and why?