← Edition 15: It’s Only Going To End Badly by John Claude Smith
Edition 15: How Far Will You Go by Carl Alves → 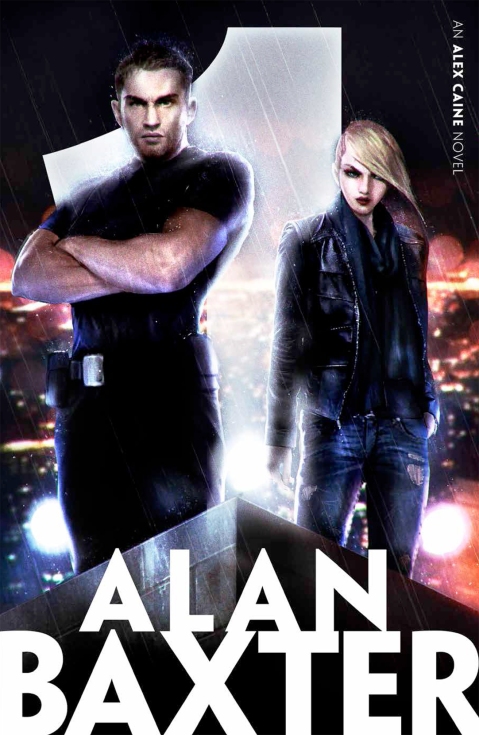 Alan Baxter is a name that is probably familiar to those of you embroiled in Australian speculative fiction circles. It should definitely be familiar to regulars of SQ Mag since he featured in our last issue. Alan has been around the traps for quite a few years now as the producer of a multitude of short stories as well as the occasional novel. He’s gone stratospheric recently with Harper Voyager picking up his Alex Caine trilogy. Bound is the first instalment, out right now.

We open with Alex in a seedy Sydney underground fight scene in the middle of a bout. Alex has grown up a fighter and trained hard, but is gifted with the ability to read people’s shades—their auras (I admit it did take me a minute to realise not everyone was wearing sunglasses) and see their intentions before they act. Understandably with a talent like this in his arsenal he’s at the top of his game and in his element. Unfortunately, the gift is a magical talent, and visible to those with similar gifts. Alex is approached by a mysterious Englishman, Patrick Welby, who introduces him into a world far beyond his understanding and control in order to develop and make use of his rare gift.

Quickly, Alex is inadvertently both cursed and blessed with several insanely powerful—and seemingly sentient—artefacts, and must struggle to learn and cope with a whole new level of understanding about the world and the chaos hidden from normal sight. Along the way we are introduced to a variety of bizarre characters, several of whom don’t last very long, including the beautiful yet monstrous Silhouette and numerous horrendous enemies, several of which bear an uncanny resemblance to some other members of the Australian speculative fiction scene.

Alex himself as a character is nothing too out of the ordinary. He’s an Annakin Skywalker-type troubled soul with unfathomable raw talent but little understanding or training in how to use it; but he’s a lot less annoying. He fights moral battles for his decision to ally with a monster and struggles to control the rampaging will of a trapped god, to prevent it from sending him berserk.

Given the background and setting—professional fighter, fel monsters, magic, demons and chaos beyond imagining—there is a lot of violence here. Some of the fight scenes are brutal and visceral, but what surprised me were the fight scenes that weren’t. As the story thunders on, Alex’s powers grow exponentially, barely matching the suite of escalating monsters thrown at him. However some fights are either over in a flash or avoided completely. The story is not just a vehicle for a bunch of battle scenes and blood. Although there’s no denying there’s plenty of blood, the story doesn’t drown in it. Similarly, there’s plenty of sex but the story doesn’t dwell on it at any length.

While this is not a story for the delicate, what with innocents suffering, rampaging monsters and plenty of collateral damage, it is fast-paced and a worthy addition to the dark urban fantasy genre. There’s also a nice cameo from one of Alan’s protagonists from his previous novels RealmShift and MageSign, and it becomes quickly apparent that Bound is set in the same universe, so go check them out too. But be quick because the next two instalments, Obsidian and Abduction, are out in August and September respectively.

← Edition 15: It’s Only Going To End Badly by John Claude Smith
Edition 15: How Far Will You Go by Carl Alves →